Once again, just like I mentioned last week. I won’t be having an FX Weekly Analysis today, but I have updated the charts with channel lines so you can guess which direction I would’ve forecast. Before I get to that, some announcements about the blog…

I now have logo’s for both Financial Trading Journal and School:

It’s the same logo for both, just different names and taglines. The logo’s are both displayed on the front page of both sites now.

After May 1st, all educational content on this site will be removed and/or moved to the new FTS site. Most likely I won’t have any of the tutorials or articles anymore since the plan is to put all that stuff into the video series. After the switch, FTJ will only have the FX Weekly Analysis, my live trades and broker reviews. In the future, I may also be moving the broker reviews onto another site and thus, be building a network of sites.

Regarding the actual videos on FTS, they will all be posted on Youtube so make sure you subscribe to my channel. I plan to disable embedding so they can no longer be viewed on websites and only on Youtube. The old videos will remain on Youtube forever and will contain an annotation pointing to the revamped video. I finished my final exams last night and have already started producing videos today (got 1 done so far). I realized I have no reason to rush them out, I only have to rush out the new General Trading series because those aren’t up at all. For the time being, the old videos will suffice for content since they’re already up. I will work primarily on the GT series right now and worry about the BO series later on.

The actual FTS site will only function as a course outline for course descriptions but all the videos will be on Youtube. I won’t actually update the site content until I finish uploading the bulk of the videos so your best bet is to check my Youtube channel on May 1st rather than check the website. At this point, I think I’ll be able to produce another 7-10 videos in the next 60 hours for the launch of FTS for a minimum of 29 videos….

Here are this week’s FX Analysis charts (without the actual analysis): 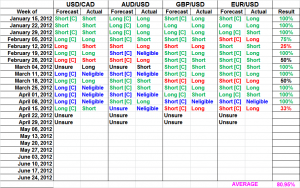 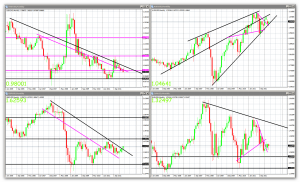 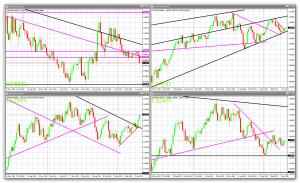 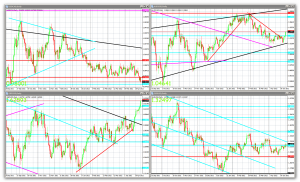 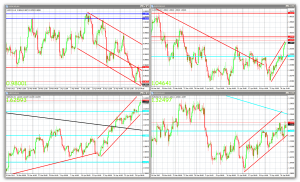 Until next week, GL trading!