Multiple brokers better than one? 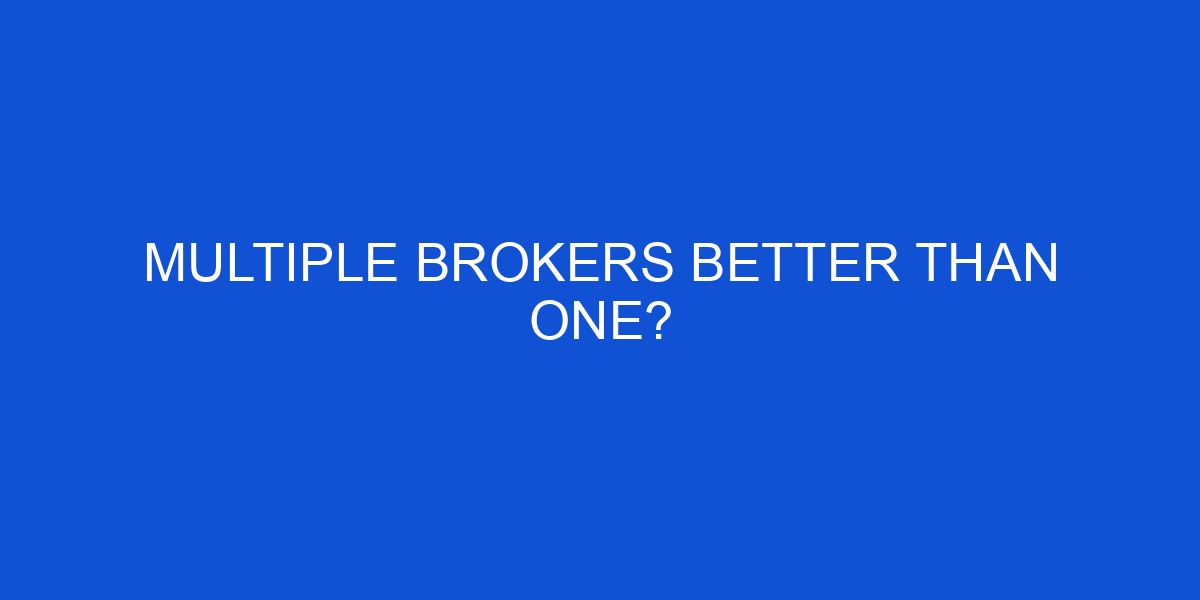 I may have mentioned during my newbie days that it’s always good to have more than one broker. Just incase one of them has technical issues, not being able to trade due to your broker having problems is a terrible excuse to miss out. Other reasons to use multiple brokers could be that they provide different instruments to trade or have extra features, etc.

Now that we’ve established why it’s good/handy to use multiple brokers, the question now, is who? Obviously you don’t want a crap broker to go along with your good broker.

For the people who’ve been visitng my blog from way back, you may have remembered that I used to trade on StartOptions and AnyOption, and more recently tried out TradeRush. I’ve been written reviews for SO and TR, but not AO because I don’t have enough trades for them. But, I haven’t bothered to promote either of them on the sidebar, why?

Because they’re not good! SO was known to cause problems (as explained in the review), TR had “weird” expiry problems on their 60 second options. Despite AO being good, they don’t allow US traders to trade forex and commodities options. Since that’s where the majority of traders (and most of my blog viewers) originate, there’s no point in promoting them.

So, to address the burning question, which broker? I’m now featuring a new broker on the site: 24Option. I first heard of the broker thru close trader friends sometime during Summer 2011. Around the time that I was starting to experiment with TR’s 60 second options. From what I’ve been told, their platform is flawless, no complaints, bonus is good, CSRs are good as well. Everything is the same as BBinary, the thing that people kept emphasizing was their early closure option. A feature that AO has as well. Closing early is always a good insurance to have, whenever it’s offered. I currently am not even trading, so I don’t have an account with them. I don’t need one, I knew that in the summer, I wouldn’t even trade that much, so why open an account and leave money sitting there doing nothing. So, take the following with a grain of salt, I haven’t experienced this first hand. But from what I’ve heard and understand, 24Option offerse early closure 5 minutes after you open the option. Which quite a few people have liked about them when they entered a wrong trade. Better to get some money back rather than close OTM.

You should read more about it on their site. But basically, it’s the same as what my friends told me. Except they mention that it’s to their discretion as to when it’s offered. My friends made it sound like every trade they made got the early closure option. Maybe they got lucky and every time they traded, 24Option offered it. I don’t know. But for this feature alone, this makes 24Option a very attractive broker, be sure to check them out!

They’re currently offering 100% bonuses as a Christmas special, so be sure to take advantage of that!