The Basics of Stock Market Basics, What You Need to Know 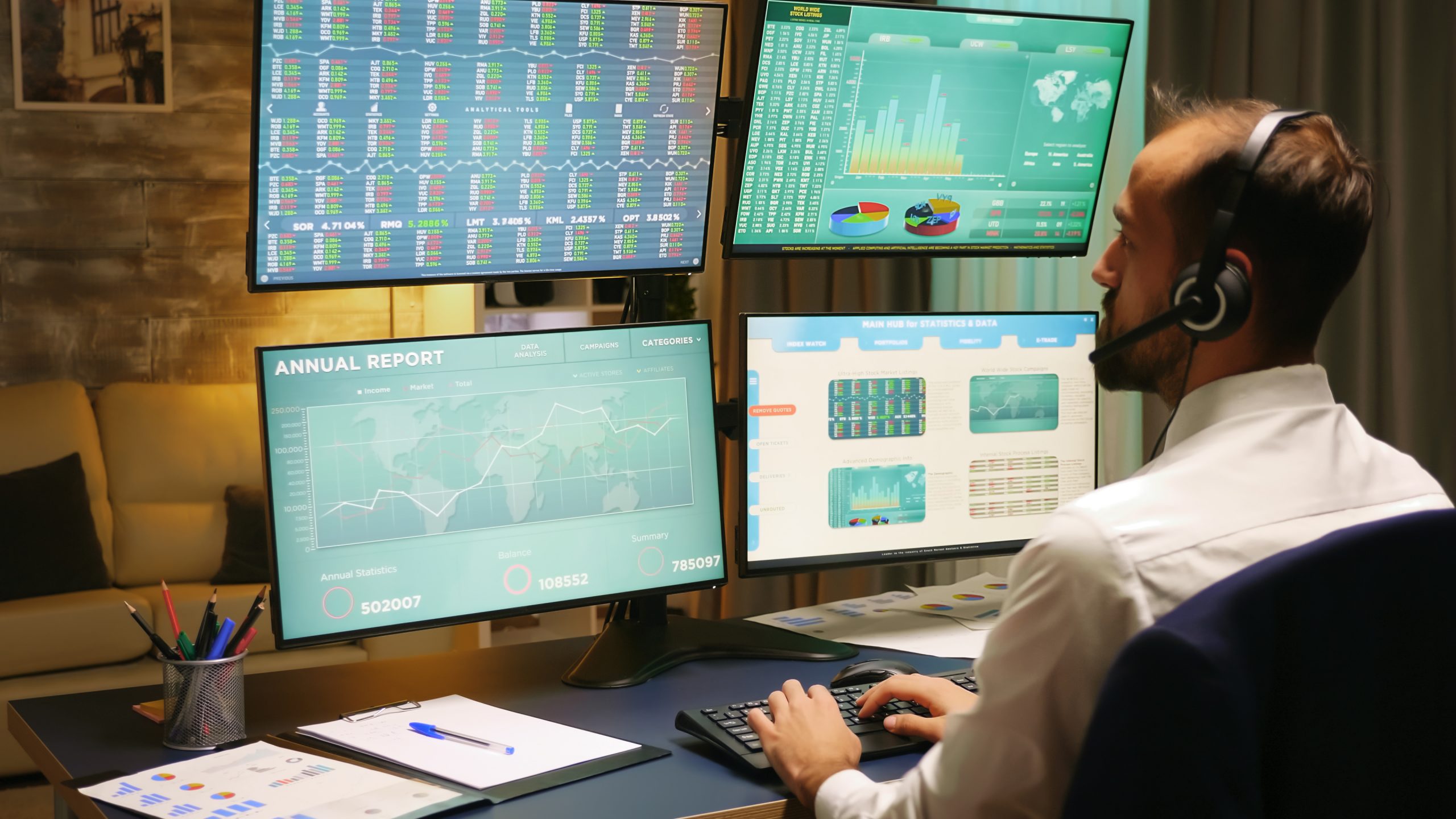 To learn even the basics about the stock market requires a substantial intellectual effort to read widely and observe what happens in the stock market on a daily basis. The stock market is complex, demanding and unforgiving to those who do not adopt strategies to protect and limit themselves against risk as they seek to make their fortune.

Our objective here is to list some of the topics that need to be learned about in order to gain an understanding of what factors influence the price of stocks. We must also identify some of the tools and techniques used to attempt to forecast price changes in such stocks, both up and down.

As a concept, the stock market encompasses a wide range of subject matter dealing with many aspects of economic activity world-wide but for our purposes we are primarily interested in the mechanics and techniques of investing and trading.

Both investing and trading in the stock market have the same general objective, to grow wealth and increase individual or corporate net worth. But the methods to achieve that goal are not the same, the most often cited differences being that the investors tend to focus on the growth and earnings potential and increasing value of companies over a relatively long period of time, often referred to as a “buy and hold” strategy, whereas the trader adopts a much shorter time horizon in which the possibility exists of capturing many short term episodes of price changes that are created by fluctuating supply and demand that can occur for many different reasons, some not directly caused by any long-term changes in the prospects of a company.

Some of what you need to learn about:

Explanations of most of the above are covered in the following Sources of Information references:

Books, newspapers, and magazines that deal primarily with the stock market are readily available to purchase or to borrow at public libraries. Newspapers and magazines include The Wall Street Journal, Investor’s Business Daily, Barron’s, Kipplinger’s, Money, Forbes, etc.

In most parts of North America, television shows, such as CNBC, provide extensive and continuous coverage of what is happening in the market as it happens in real time. Although many seasoned investors criticize such programs, the interested watcher can learn a lot and become familiar with a wide range of investment and trading topics and terminology and the lore and history of the market.

My recommendation is to watch especially the programs after the close of trading each day where a panel of experienced traders discusses current action in just about everything in the stock market. In watching programs such as Fast Money, Mad Money, and the Kudlow report, the newcomer to the stock market is exposed to a wide range of terminology and exchanges of views that some of it should become. Important financial personalities are frequently interviewed and consulted on those programs.

The most important lessons can be learned here:

If you are willing to put some time into reading, my own opinion is that there is no better source of information and advice than that of any of the Investment Success books by William J. O’Neil, these three for instance: The Successful Investor, How to Make Money in Stocks, 24 Lessons for Investment Success. Read these books, then re-read them, and if necessary read them again. They are in large format quality paperback editions, well illustrated with charts and diagrams, and written in language that everyone can understand. Written in the last few years, they are up to date enough in their content and coverage to be relevant to today’s market.

William J. O’Neil is not just an author but is a successful investor and trader and is the originator of a great winning system called CANSLIM, fully explained in How to Make Money in Stocks. In addition to the books, O’Neil is the founder and publisher of Investor’s Business Daily a financial newspaper published five days a week together with an online edition. And there is much more.

It is not a bad idea to try to emulate those who are known to be successful. Another person worth paying attention to, noted for his bombastic style and his occasional contradictory statements, is Jim Cramer who has a TV show called Mad Money. Cramer is a controversial commentator, sometimes criticized and scoffed at, but a lot can be learned from him if proper attention is paid. And it should be acknowledged that he is an ultra successful investor himself, having acquired a trading fortune of many tens of millions of dollars early in his financial career started when still a law student at Harvard. I recommend his books and suggest Jim Cramer’s Mad Money published 2006 by Simon & Schuster.

Also, stock brokers usually have good information and courses for those wishing to learn stock market basics and most offer a paper trading or virtual trading capability, an account funded by five or ten thousand imaginary dollars with which you can practice trading following exactly the same rules as for trading in reality.