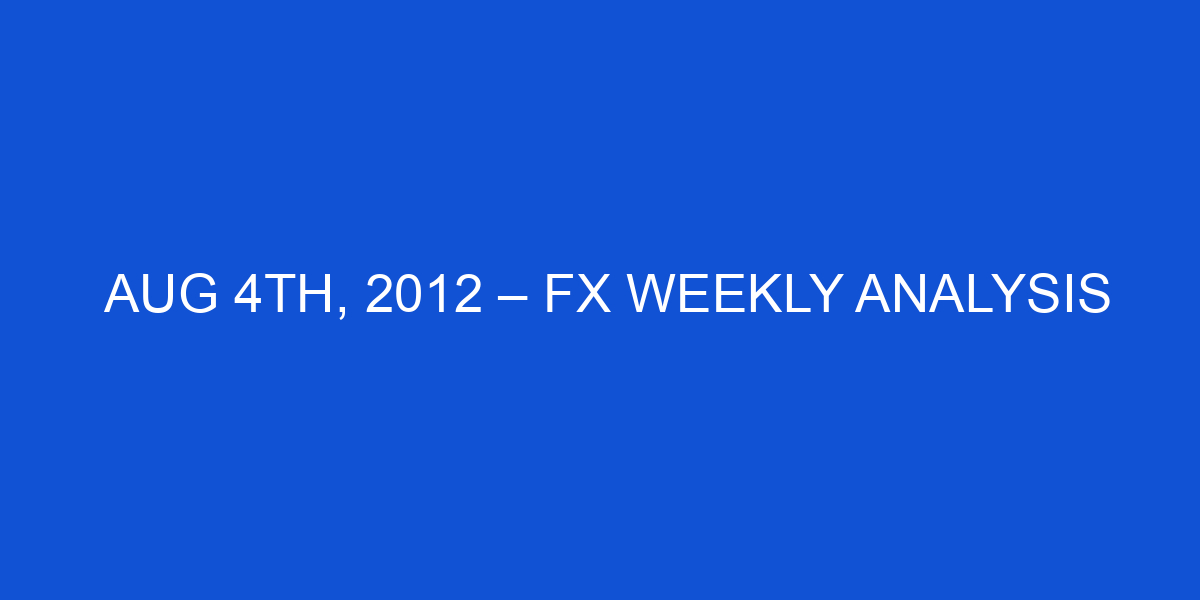 Welcome back for another week of FX Analysis…  although the name should be changed to mid-week analysis given that I was right again until mid-week for the initial move. But I’m not surprised considering this week was news heavy, we had:

Needless to say, there’s still a lot of uncertainty left in this world… Anyways, let’s get on with this week’s analysis:

EUR/USD is back on the forecast roster since it’s near a potential level instead of being in the middle of nowhere.

NOTE: To people who think I’m biased in one direction, I’m actually not. I only forecast based on where the price currently is before each week begins. It just so happens that MOST of the weeks start in same position. Thus, I usually forecast the same direction.

USD/CAD [Long (C)]: Price broke through the major daily trend line this week but that’s nothing to worry about. I purposely didn’t draw the minor one below it since it only bounced up from it once before, this week would be the second time. So, this is the condition moving forwards which is also combined with the parity psychological level. The minor trend line allowed price to move down below parity briefly but it bounced up consequently. Going forwards, I’m still forecasting price to go up. Although I wouldn’t mind a strong Canadian dollar briefly for some international purchasing power, in the long run however, I doubt the Bank of Canada would sit well with a strong dollar.

AUD/USD [Short (C)]: Looking at the weekly chart, you can see price has some room to move up to the weekly downward trend line for next month or so. But this won’t happen immediately because looking at lower timeframes (H4 and daily), you can see we’re currently sitting at the top edge of the upward channel (condition). This is exactly where we’ve been the past 2 weeks as well. Whether or not this is merely bull consolidation for the move up or bull weakness due to bear strength to move down, we’re basically just playing the waiting game for one side to take over. Every week, I forecast we go down but then mid-week, we go right back up to where we started. So, I’ll just say I won’t be surprised if it happens again this week but do note, it won’t keep going on like this forever. Sometime, somewhere, one side will take over and win.

EUR/USD [Short (C)]: Similar situation as GBP/USD (see below) except that there’s a resistance level in play instead of a downward trend line in the immediate future. Price could go straight down from here but there’s some room left to move up to the weekly downward channel lines. The conditions depend on the resistance or the channel lines to hold to contain price. Otherwise, correlating with the other pairs, this is looking good to move down assuming the USD can strengthen relative to the Euro.

GBP/USD [Short (C)]: As shown on the H4 chart, along with the projected path I also drew a downward trend line. This would be 1 out of 2 conditions in play for the forecast. The other condition is like previous weeks, the two resistance levels above have to hold to contain price. This is more in the middle than anything, probability says it’s most likely going to go back up to the resistance level prior to moving down again assuming the conditions hold.