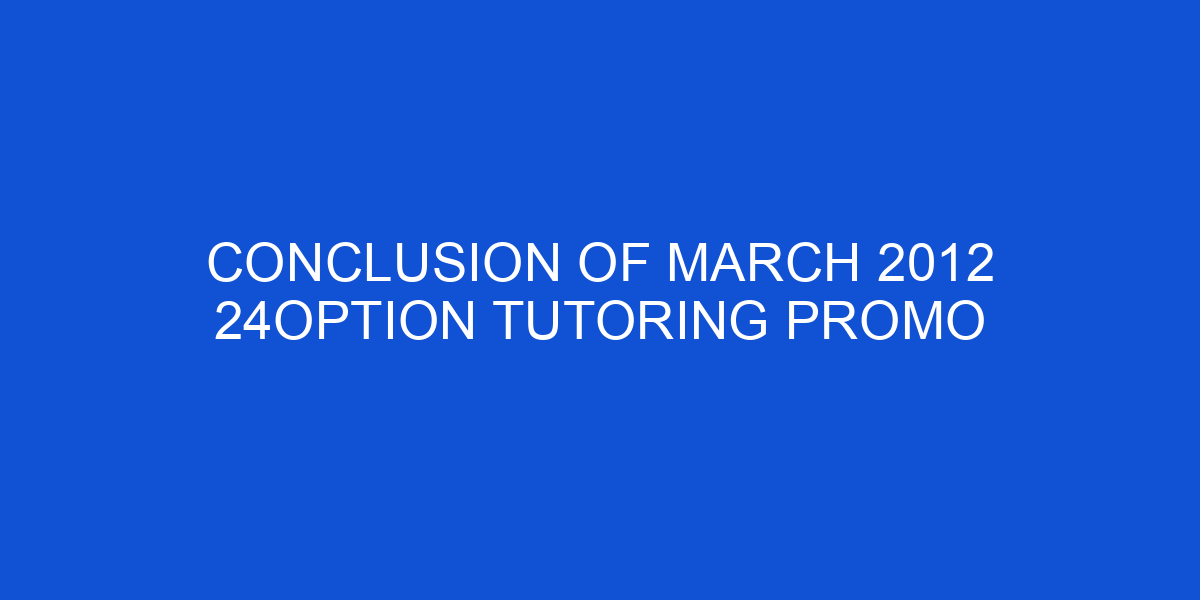 Just wanted to update since it’s now past 12am GMT (7pm EST) as stated in my original post for the March 2012 24Option Tutoring promo bonus. Exactly 10 people signed up for the month of March 2012, so each of you qualify for the extra 15 minute tutoring. Just a note, when you send in your “Redemption email” for tutoring, please mention the day that you signed up and deposited as well. This is just to remind me that you qualify for the extra 15 minutes otherwise, I might forget to take note of it.

At this point in time, I don’t know what promo 24Option plans to run for April 2012, they usually announce it towards the middle of the first week of the month, so I should be notified of it by next Tues-Thurs ish. Depending on whether or not it’s plausible to reach, I may run my own promo rather than use theirs. So stay tuned! I’m still tweaking the calculations for my promo, I’ll probably announce it the same time that I get the 24Option promo details.

Until that announcement, I still encourage you to join 24Option regardless of the promo or not because joining now gets you on the queue sooner rather than later. i.e., if it’s just the first ten people, you can get your spot first.